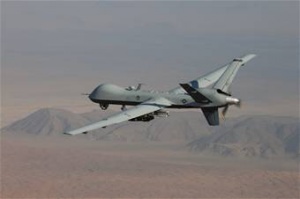 The Predator B/MQ-9 Reaper is an unmanned aerial system developed by General Atomics Aeronautical Systems, Inc. and is currently operational with the U.S. Air Force, NASA and U.S. Department of Homeland Security/Customs and Border Protection and has been acquired by the U.S. Navy and the Royal Air Force. The remotely operated aircraft is the Air Forces first purpose-designed hunter-killer UAS designed for long-endurance high-altitude armed reconnaissance and surveillance.

ADG’s content delivery software delivers a range of benefits for the UAS, including taking traditional manuals and turning them into interactive manuals, allowing personnel to maintain and repair the new UAS easily.

This is important because field personnel need easy access to an enormous amount of technical information. The R4i suite gives them access to what they need on the run and in several formats.

Large organizations and Defense departments internationally are choosing R4i because it’s more cutting-edge, cost-effective, quicker to implement and higher on features compared to other products available. Customers like General Atomics also trust in ADG’s heritage of working with SGML, XML, defense, aerospace and airline requirements for the last 16 years.