R4i WorkSpace for Adobe© FrameMaker©  allows R4i CSDB users that need to author S1000D in Adobe FrameMaker v11, 12, 2015, 2017, 2019 and 2020 to remain in their familiar structured authoring environment while accessing S1000D Data Modules and images directly from the R4i CSDB Server.

This tool eliminates the need for some authors to have a separate R4i CSDB Standard license, as R4i WorkSpace will be the only connection they need into the Common Source DataBase (CSDB). 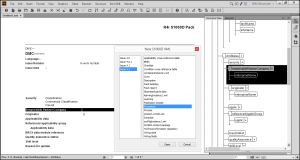 R4i WorkSpace for Adobe FrameMaker supports the following features directly from inside your FrameMaker Authoring environment: 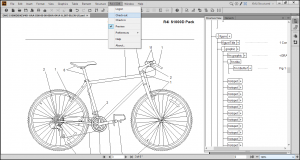 The tool eliminates the need for authors to use multiple tools, providing direct access into the hosted or locally installed R4i S1000D Common Source DataBase.

Save the document with any name. When the DM is checked into the R4i CSDB, R4i WorkSpace will scan the file to find the DMC value assigned and will correctly name the DM according to the S1000D specification.

Leverage the power of Arbortext Editors authoring interface with the power of an S1000D CSDB. R4i WorkSpace enhances the support of S1000D XML version 2.2 XML to version 4.2 by combining the ability to “look and link” Arbortext Editor directly into the local or hosted R4i CSDB Server®.