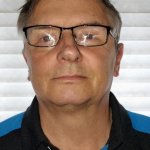 Mike joined Pennant in April 2003 on completion of 22 years of service with the Canadian Military in the Electrical Mechanical Engineering Branch where he held various positions from Fire Control Technician to Deputy Project Manager. As Deputy Project Manager during the early stages of an Army Capital Program he conducted detailed Life Cycle Cost Analysis for numerous options and became very familiar with LSA and Supportability Analysis.

Mike is the lead in the development of Logistics Product Data Requirements and other supportability tasks related to future ships of the Royal Canadian Navy. He is also the lead Pennant Software Instructor and has conducted several courses both standard and customized. Mike also assists the Royal Canadian Navy with the assessment of LSARs deliverables for Capital Programs.