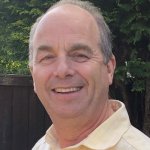 Graham has worked with OmegaPS Analyzer since 1996. As the original employee of Pennant in Canada, he worked with DND to develop the first commercial version of the product under the DND license agreement.

As the lead functional specialist for Analyzer, Graham has steered the model’s development from those early days to provide a comprehensive analytical tool for supportability.

Graham’s expertise in maintenance analysis and supportability has emerged through 13 years of service in the British Royal Navy and then, after moving to Ottawa, many Canadian defence contracts. Under contract to DND, Graham worked on data standards and policy documents including writing LSA standard A-LM-505-001 series.